Socialism is not the Answer 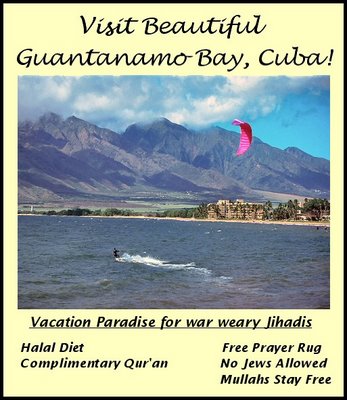 Free Beacon reported that Obama is going to reduce the Guantanamo Bay prison population even though the remaining prisoners present a serious danger to the U.S.. He recently released one of the planners of 9/11 to his native country Yemen.

“I would expect, at this point, additional transfers to be announced,” White House Press Secretary Josh Earnest told reporters on Tuesday, CNN reported, after Trump warned against further releases of “extremely dangerous” remaining detainees at the Guantanamo Naval Base, Cuba.

Last month, The New York Times reported  that the Obama administration intends to transfer 17 or 18 detainees before the president leaves office, leaving 41 or 42 prisoners remaining at the military prison. The last detainee transfer was announced by the Defense Department at the start of December, meaning that 59 prisoners currently remain at Guantanamo Bay.

The people who okay these transfers are toadies…

Self Defense for the Real World.